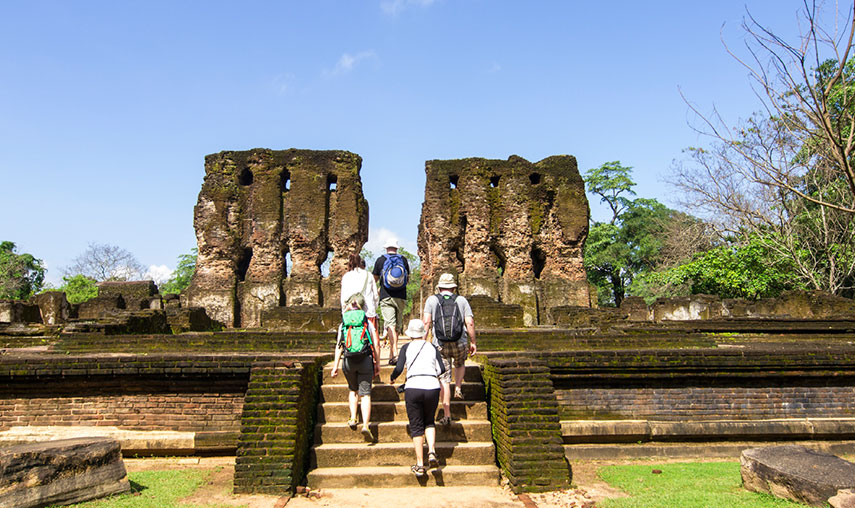 The history of Polonnaruwa shines a dazzling light on the history of Sri Lanka. And ancient ruins and latter-day aging rock-stars underscore why this World Heritage Site lies at the centre of our sacred cultural firmament.
In 1982, chart-topping British rock band Duran Duran came to this tropical island paradise to make their music video Save a Prayer, and the ancient city of Polonnaruwa formed a perfect backdrop.
In fact, ancient and modern coexist in perfect harmony in what was once not only Sri Lanka’s capital city, but also juxtaposed traditional Buddhist introspection with a far-sighted commitment to the science and technology of the day.
The city’s Golden Age began nearly 1,000 years ago in the reign of Parakramabahu I. Trade and agriculture flourished thanks to a magnificent system of irrigation and water management that even today is the backbone of the region’s staple rice production.
The Sea of Parakrama, an enormous man-made reservoir that encircles the city, was also a defensive moat that safeguarded the tombs and temples, statues and stupas that are the heart and soul of the ruins of Polonnaruwa.
Another major attraction are the toque macaque monkeys. For centuries, they lived and thrived in the city, and are now the stars of the film Disneynature's Monkey Kingdom Polonnaruwa, which has proved a box-office hit worldwide.
Of the sacred monuments themselves, one of the most significant is the Polonnaruwa Gal Viharaya temple and its two massive statues of the Buddha, one standing and the other reclining, which were carved into the living rock face.
A trip to Polonnaruwa would not be complete without seeing the Lankatilaka image house. Built by Parakramabahu and restored by Vijayabahu IV, this cathedral-like gedige has 56ft (17m) high walls, while the central aisle leads to a huge headless standing Buddha.
Also worth a visit is the Archaeological Museum, with rooms dedicated to particular themes, including the central citadel, the outer city, the monasteries and some equally impressive Hindu monuments.
So, as Duran Duran’s Save a Prayer says: ‘You don’t have to dream it all—just live a day.’ And a day at Polonnaruwa will create living memories that will last a lifetime.
Previous Next 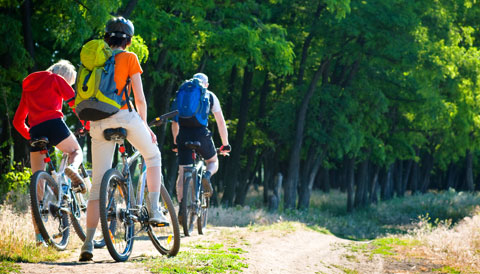 If you prefer cycling but aren't so keen on struggling with uphill climbs, there are many interesting trails in the lowlands of Sri Lanka that take you through a beautiful landscape of tea, rubber and spice plantations or even the ancient capital of POLONNARUWA . 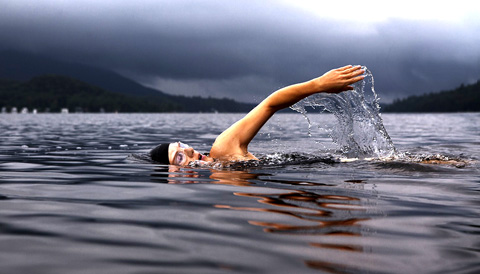 Sri Lanka and its many lakes, rivers, and leisure centers are good for practicing all types of swimming activities. The numerous lakes and swimming pools offer a good chance for young and old alike to get fun and cool off.

The 23ft (7m) standing Buddha that towers over Gal Vihara is an outstanding testament to the skills of Sri Lanka’s ancient stone-masons, and a must-see for any visitor to the ruins of Polonnaruwa. 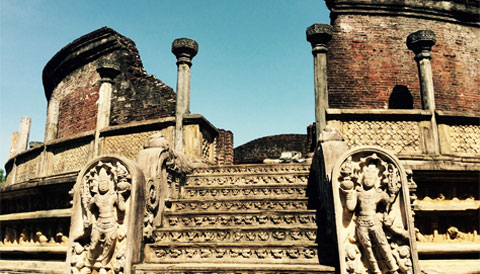 The Polonnaruwa Vatadage is widely venerated as the best example of buildings constructed to protect small stupas, but which in this case is also a magnificent edifice in its own right. Believed to have been built to hold the tooth relic of the Buddha, 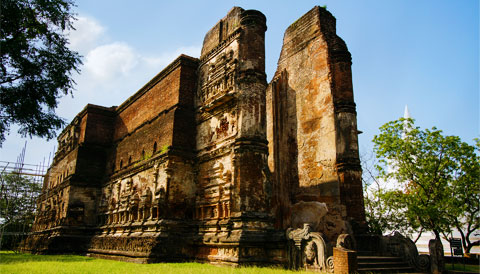 This majestic temple, a jewel in the crown of the ancient Gampola kingdom, was built atop a massive rocky stronghold as an enduring symbol of cultural supremacy. Surrounded by lush greenery in the Hiripitiya hamlet in Udunuwara, it overlooks the Hantane mountain range and is renowned for t

Sandakada pahanas, or moonstones, are semi-circular stone slabs, elaborately and intricately carved and usually found at the bottom of staircases and entrances. 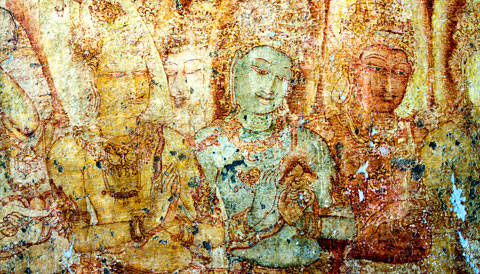 Thivanka Pilimage image house and its original wall paintings, classical art and sculptures in their original form is without doubt a high point of any visit to the ruins of Polonnaruwa. 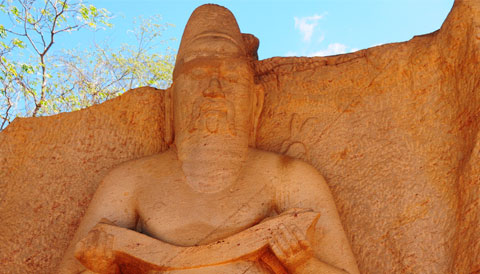 Statue of Parakramabahu or Pulastya Rishi

The magnificent 11ft 2in (3.40m) statue, carved from a rock-face just to the north of the main ruins of Polonnaruwa, is a source of much mystery and speculation. It is thought to depict either King Parakramabahu I himself or possibly a celebrated sage of the 12th Century period. 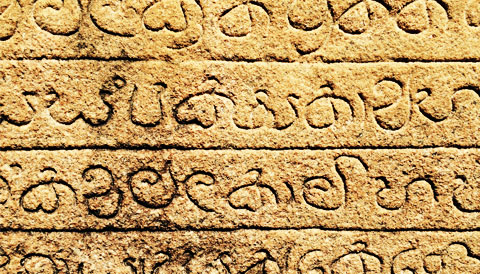 The Weijantha Prasada was built by King Parakramabahu I (1153–1186) as majestic 1,000-roomed, seven-storied palace containing all the trappings of his luxurious royal existence. 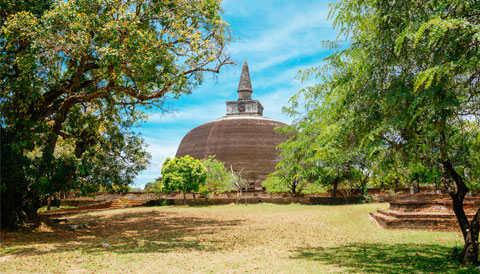 Rankoth Vehera, which translates as Golden Pinnacle, is at 108ft (33m) the largest stupa in the ruins of Polonnaruwa, and one of the most revered. 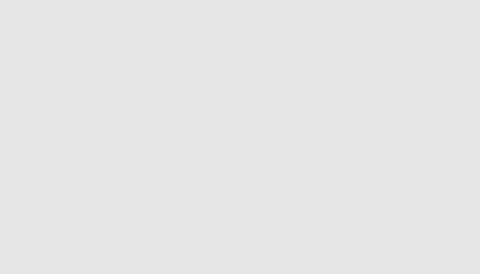 The stone columns Nissanka Latha Mandapaya—not straight, but curved in three places—are a unique feature of the ruins of Polonnaruwa and their sacred architectural heritage. This impressive monumental structure was built by King Nissanka Malla (1187–1196),

Vatadages were uniquely Sri Lankan Buddhist constructions built to protect the many small stupas that are central to the history of Polonnarua and its sacred cultural heritage. The Medirigiriya Vatadage is one of only ten now remaining in Sri Lanka. 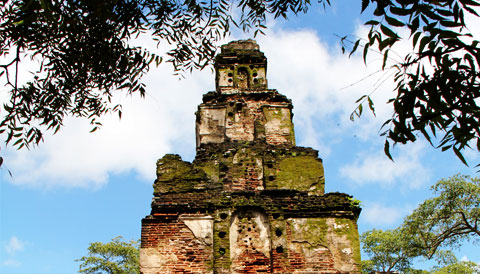 More mystery in the history of Polonnaruwa, this time in the unique stepped-pyramid shape of the Sathmahal Prasada stupa found inside the Dalada Maluwa. Legend has it that this seven-storied building, which reflects the style of similar buildings found in Cambodia and Thailand, 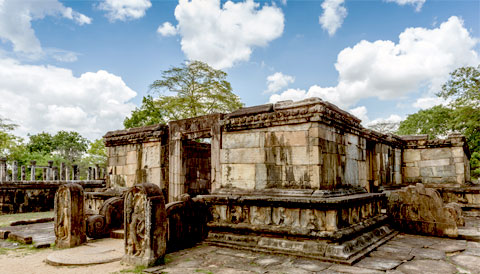 Legend has it that this magnificent building at the centre of the ruins of Polonnaruwa was completed in just 60 hours, and that it originally housed the Relic of the Tooth of the Buddha. 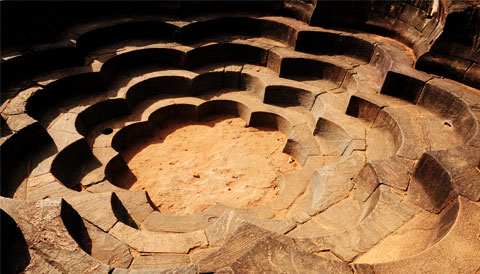 The lotus pond is a charming and beautifully constructed granite bathing pool that lies just outside the main ruins of Polonnaruwa. Created in the shape of an eight-petalled blossoming lotus flower, this jewel of the pokuna architecture is off the beaten tourist track

The 80ft (25m) Kiri Vehera, which lies north of the Lankathilaka Pilima Ge image house and is the second largest stupa at at Polonnaruwa, is said to have been built by a queen of King Parakramabahu, who reigned from 1153 to 1186.

The beautiful gleaming white Somawathie Chaitya stupa lies outside the main ruins of Polonnaruwa, being a revered feature of the wildlife sanctuary named after it nearly 20km north-east of the city. The stupa is renowned for the precious Pinnacle Gem atop its spire, and there was huge cons 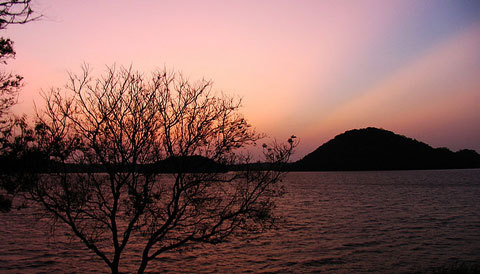 The history of the man-made Giritale Tank ‘inland sea’ predates the history of Polonnaruwa, and is now part of one of the area’s best nature reserves. 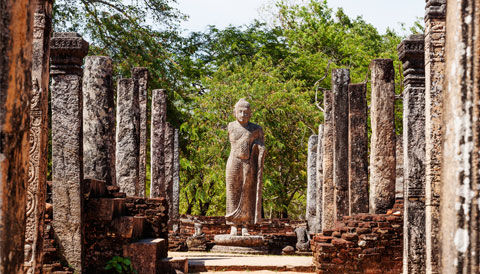 A short drive from the ruins of Polonnaruwa is Wasgamuwa National Park, with its herd of 150-plus of elephants and the highest biodiversity of any of Sri Lanka’s protected nature reserves.

Two hundred elephants gathered to bath and socialize in the waters of the ancient man-made lake in Minneriya National Park is truly a wondrous sight to behold. They will have arrived from all corners of this best know of Sri Lanka’s many wildlife sanctuaries:

Some of the best high-end hotels on the island feature on our Sri Lanka Luxury Escape itinerary.

Staying at the appropriately named Heritage Hotel, you will be perfectly placed to explore history..

Luxury in the Footsteps of Geoffrey Bawa

The Sri Lankan Architect Geoffrey Bawa is hailed as one of the most important Asian architects...

Cultural diversity is more than matched by the upscale hotels awaiting travellers on this tour. 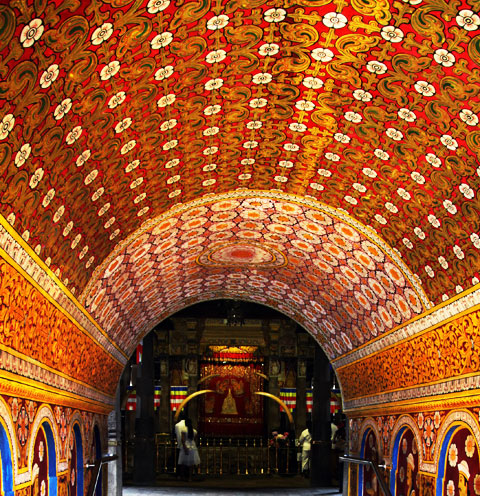 This is a most popular Sri Lanka holiday package among adventure & culture loving families. 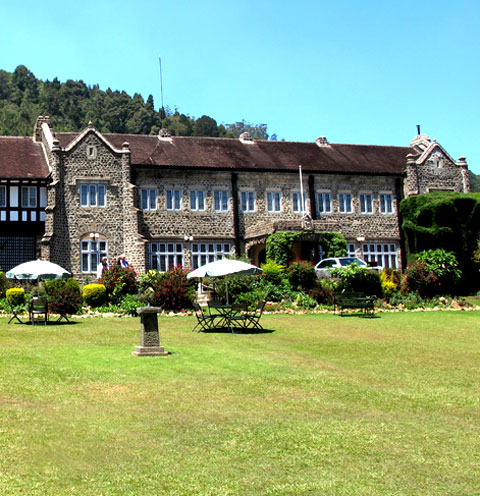 This special tour will give you a change to look back at the high-end living and architectural...

Start planning your trip
Inquire Online
Talk to our expert team
+94 766 555 777
Not ready to start planning?